Aging And The Fourth Wave Of Feminism 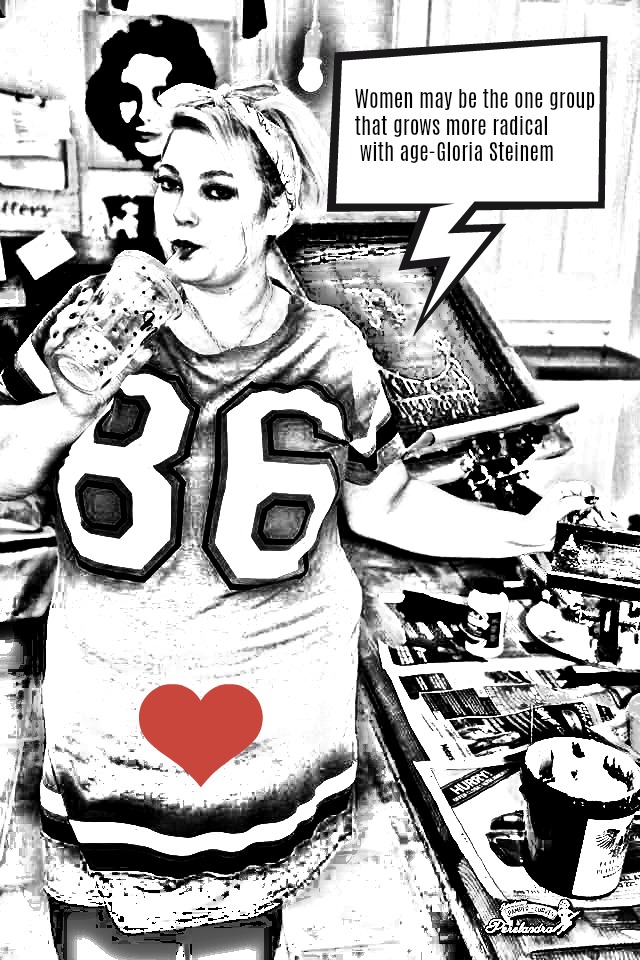 This weekend the writer and presenter June Sarpong has released her book Diversity for Harper Collins. Containing the tagline “because the world is separate enough” I’m really looking forward to getting my hands on this.
In an article for Elle Sarpong discusses how she, as someone of Ghanaian heritage (where age brings with it a certain reverence where older women are valued for their wisdom and experience ) finds the Western distain for aging perplexing saying:
Older women who have experienced life have so much to offer us in terms of balancing work and family life, thriving in male-dominated environments and pioneering different approaches to challenges, whether that be inflexible hours for working mothers or pay barriers.
Its timely to be reading all this as I have also been thinking about this subject for quite a while. Why are attitudes towards women over thirty so problematic? not least by women as they approach certain age milestones.
I am forever reading how “hard” aging is for women. Daily we are encouraged to invest in “anti-aging” remedies. The subtext being that for a woman to look anything other than twenty-two is to somehow fail one of the invisible tests of femininity.
The patriarchy suggests in its whiney little Nigel Farage voice, that to have currency, women must appear youthful, juicy, fertile. Don’t let the bloom fall off the rose.
Depressing statistics regularly suggest the socio-economic landscape favours men, and that women leaving the workplace to have children struggle to play catch up upon their return but is that the only reason women so often bemoan the privilege of getting older? Could it be that we have allowed our eyes to be averted from the glorious power that women in their forties, and onwards possess?
When I see women in their early thirties freaking out about “getting older” discounting other women because they are “past it” I feel a reinforcement of a distorted mythology around women and aging.
I can totally see why they are conditioned to feel that way but also feel unable to indulge such short-sighted views on the most inevitable aspects of the human condition- we all get older.
Isn’t it time we stopped talking in a baby voice? Shouldn’t we stop wanting to be infantilised? When we post memes about not wanting to “adult” are we maybe just being really fucking lame?
Being an adult isn’t just about paying bills and having responsibilities, it’s about having enough experience to compare and contrast. It’s about knowing more than the narrow prescribed curriculum you studied at school because you have actually had time to fall in and out of love with different people, music, books, art.
Growing older means you can have had an Egon Schiele and a Lempicka phase and know why you no longer need to hang up art prints to prove you are smart. Growing older means you own your likes and dislikes and are no longer ashamed to admit that The Secret Diary of Adrian Mole  is still one of favourite books but feel confident to bring up The Yellow wallpaper even if it is a bit obscure and involves ideas around madness and toxic interior design.
The question we need to ask ourselves is whether appearing young and sweet and attractive is more valuable to us than possessing wisdom? If knowledge is power surely increasing in years should be the goal. And yes, that includes looking older.
Perhaps part of our resistance to aging are the options we feel are on offer.
Are the only choices we have as women Maiden, Mother, Crone?  A bright young thing, a caregiver  and then someone waiting to be pushed out to sea on a boat made of poor pension pay-outs?  Could there not be a fourth way?
Feminists like Jennifer Baumgardner  have argued  since 2008 for a fourth wave of feminism, a movement with an  increased focus on intersectionality, including the repudiation of trans-exclusionary radical feminism and a focus on solidarity with other social justice movements.
Perhaps we also need to identify a new status that transcends ideas of women either being girls or mamas or matriarchs and, instead identifies us as wisdom gatherers and policy creators. Not yet crone but crone in waiting?
I’m not a young woman, I’ve been a young woman. I’ve moved onto a new life stage which is more varied and complex and rich than ever before and its intoxicating.
Ignore the bogeyman of ageing  He (and it is patriarchal thinking that encourages this mind-set) is too distracting. There is much work to do to create equality in the workforce especially for WOC and for our sisters in other countries, still struggling to access rights we take for granted.
There are real things for us to worry about but the physical appearance of growing older is not one of them.

Carol Rama and Eleanor Antin
Yoko Ono and Carolee Schneeman
You're getting old, that's what they'll say, but
Don't give a damn I'm listening anyway

Our tents dont need to be red but we do need to start openly revering the process of ageing. Not respecting in some patronising head patting way but actually acknowledging how time more than anything else gives us the opportunity to become more educated and more empathetic.

Don't give a damn to what society tells you, I'm listening anyway.

Diversity By June Sarong is available to buy now

New 'Colour Me' Tshirt boxes - For Kids, and adults up to 5XL. Each item comes boxed with fabric pens,practice sheets & instructions.
Available  only  at  Nicky Rockets 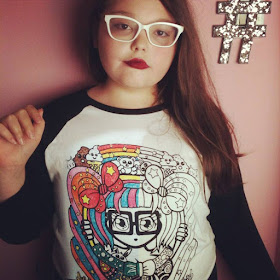 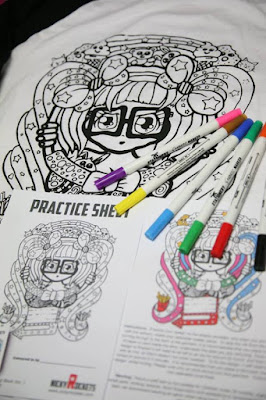 All content (text, photos and other) are the property of Perelandra Beedles unless otherwise stated. Please refrain from copying any material without recognition of the author and a link to the source on this blog